In the 1.5 days before the start of my two-week language bootcamp, Dad and I tried to squeeze in as much sightseeing as we could. I'll share some tales from the trail in a future post, but for now, here are some of my favorite pictures: 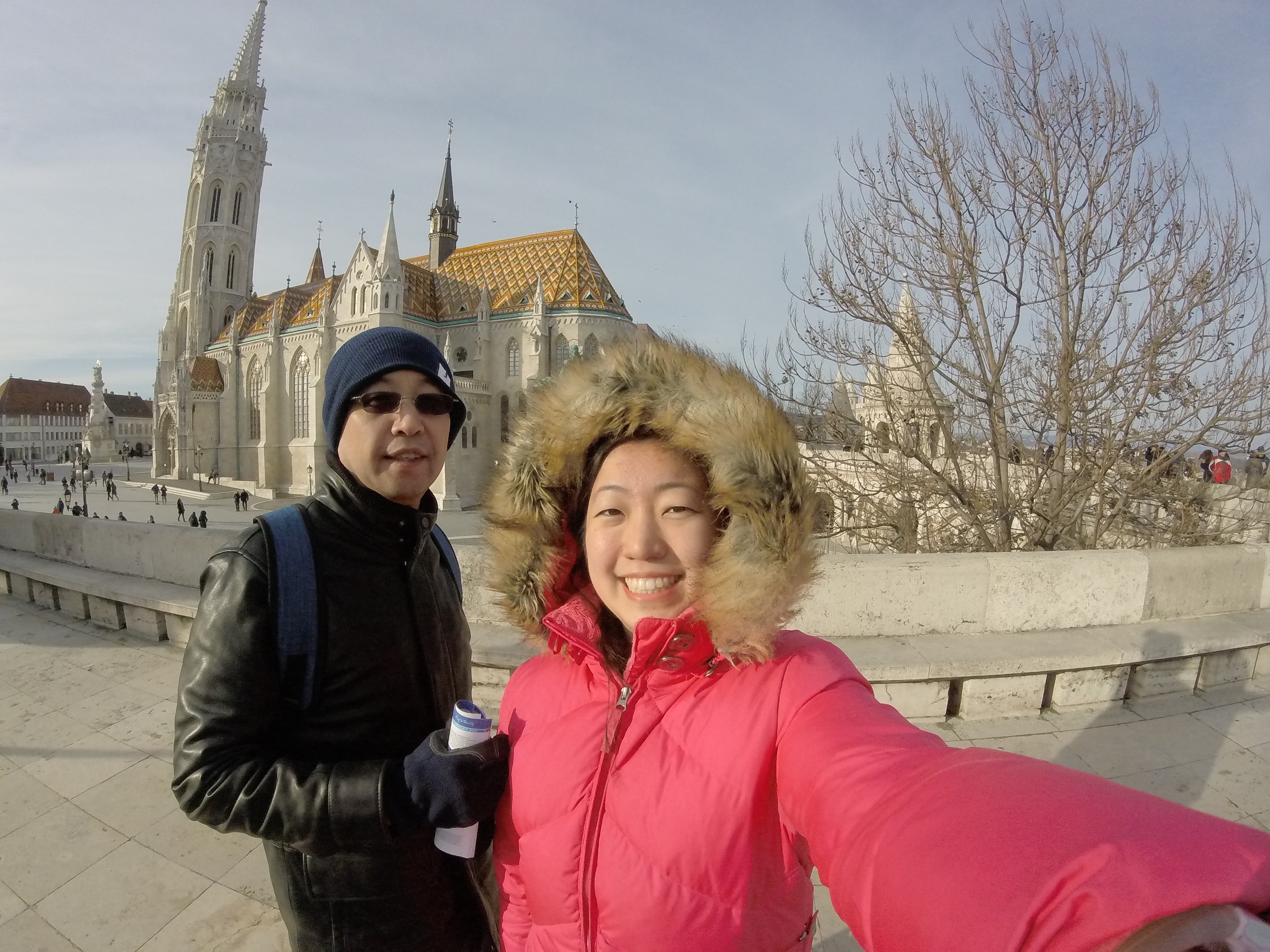 Matthias church, named after Hungary's most popular monarch Matthias Corvinus. Between 2006 and 2013, Hungary spent $9.4B HUF (~33.5M USD) on renovations. 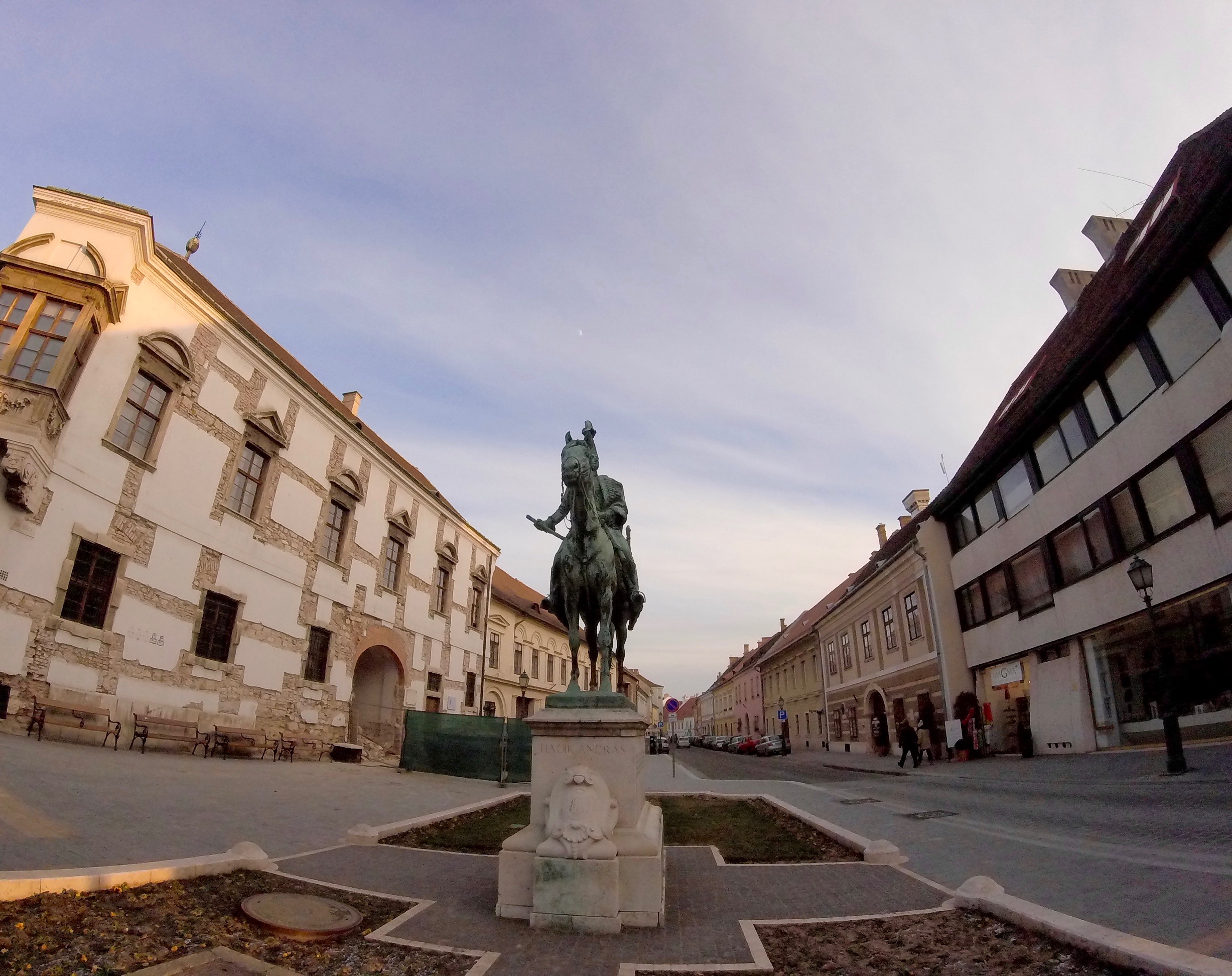 Our tour guide said that if you rub the balls of this horse, you'll find true love. 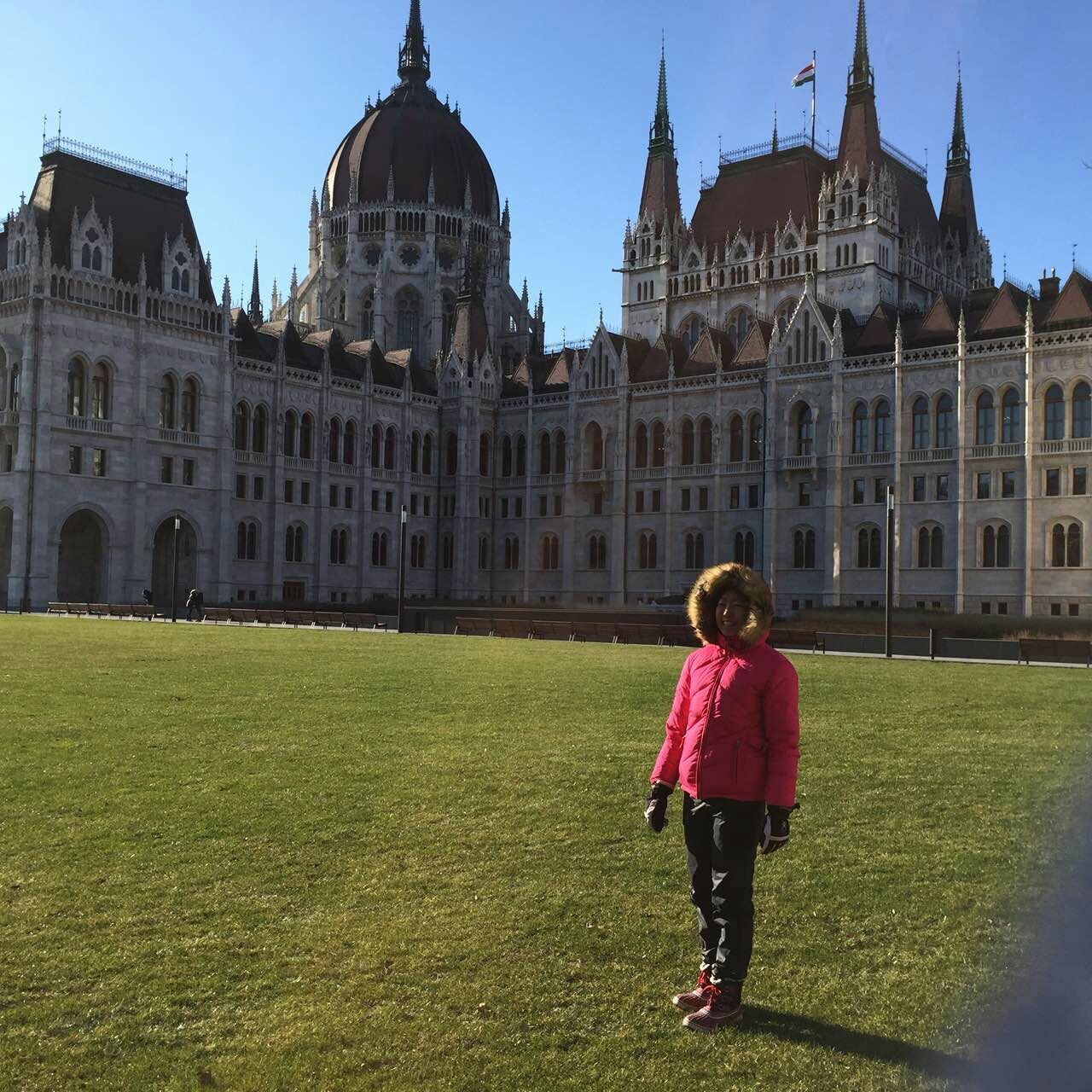 Outside of the largest building in Hungary, and what I think is the most beautiful building in Budapest: the Hungarian Parliament Building. Also, it's so cold that I'm wearing 3 layers of pants. 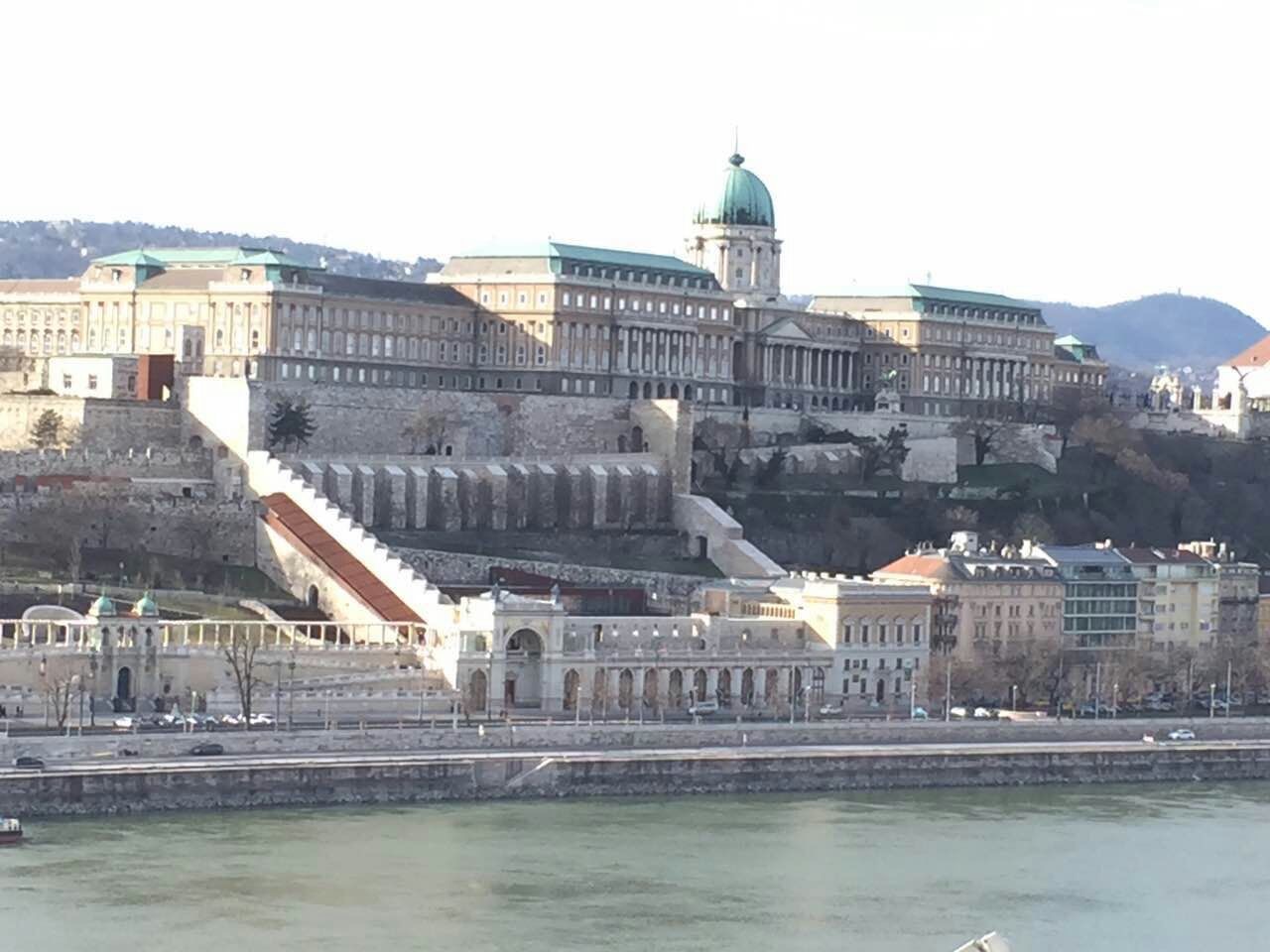 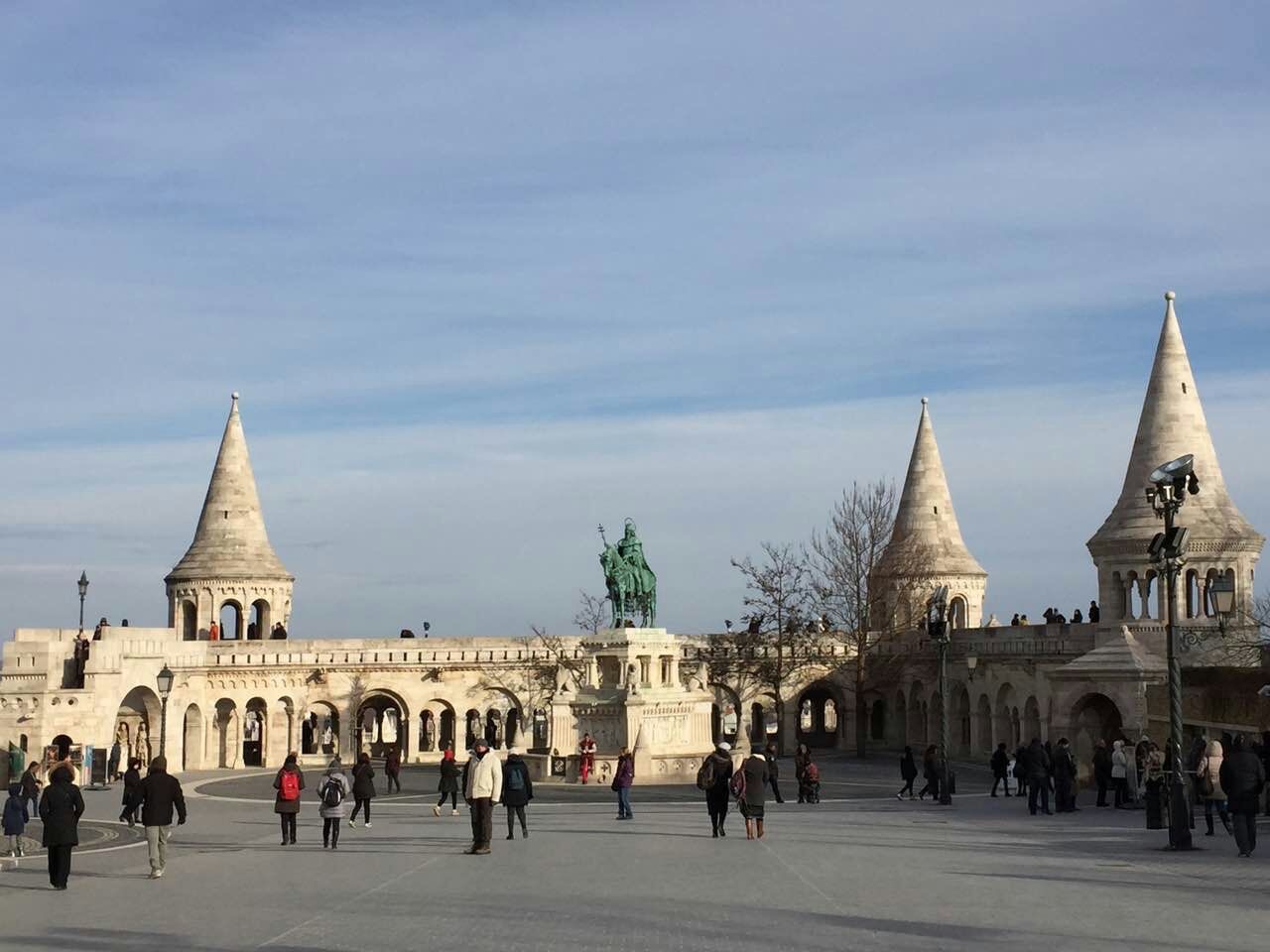 In the words of our tour guide, "this structure was built for the sole purpose of providing a nice frame for Matthias Church so that people on the other side of the river can take pretty pictures." It's also known as Fisherman's Bastion. 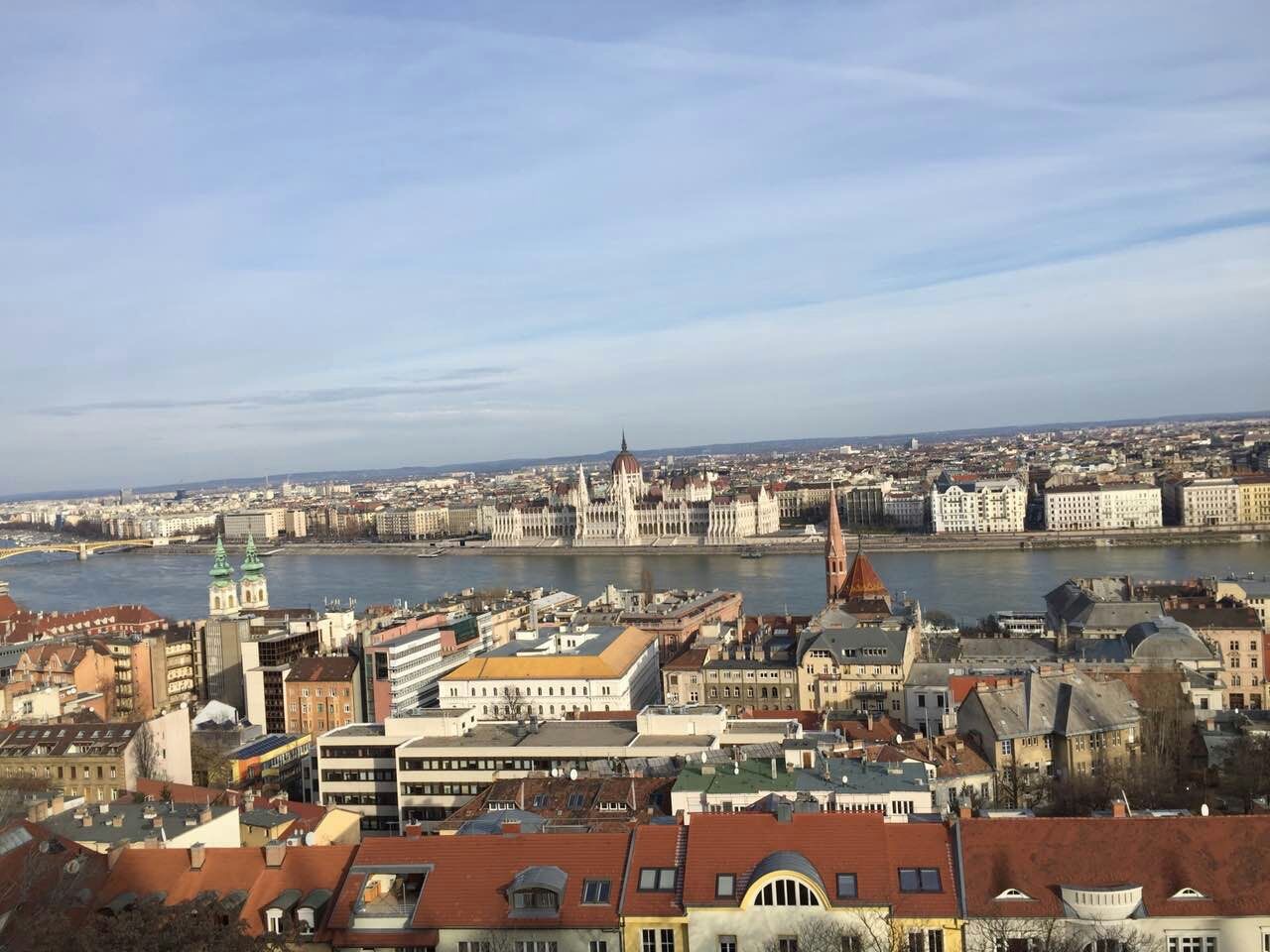 The view along the Danube is breathtaking. Recognize the Parliament Building in the middle? 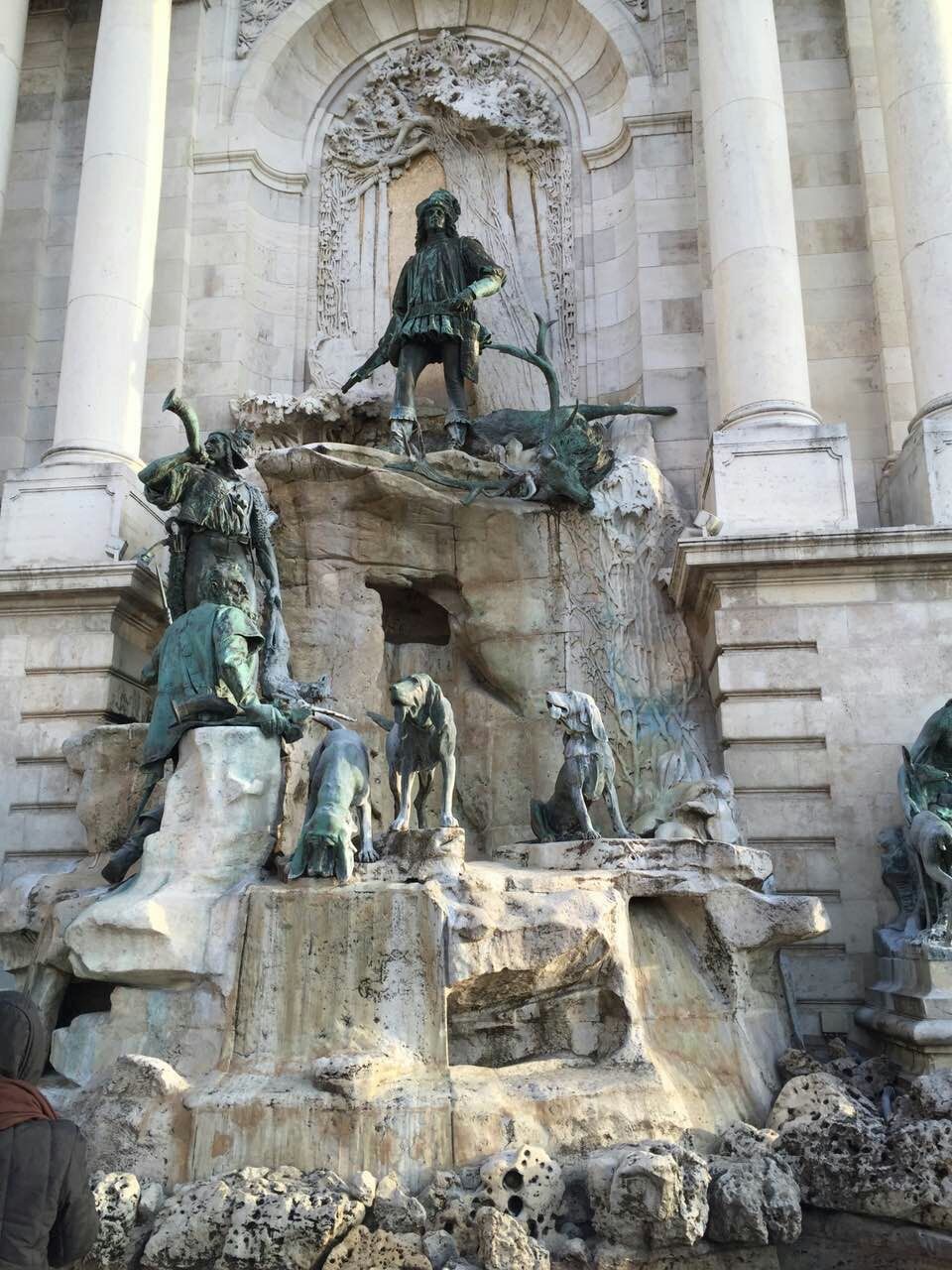 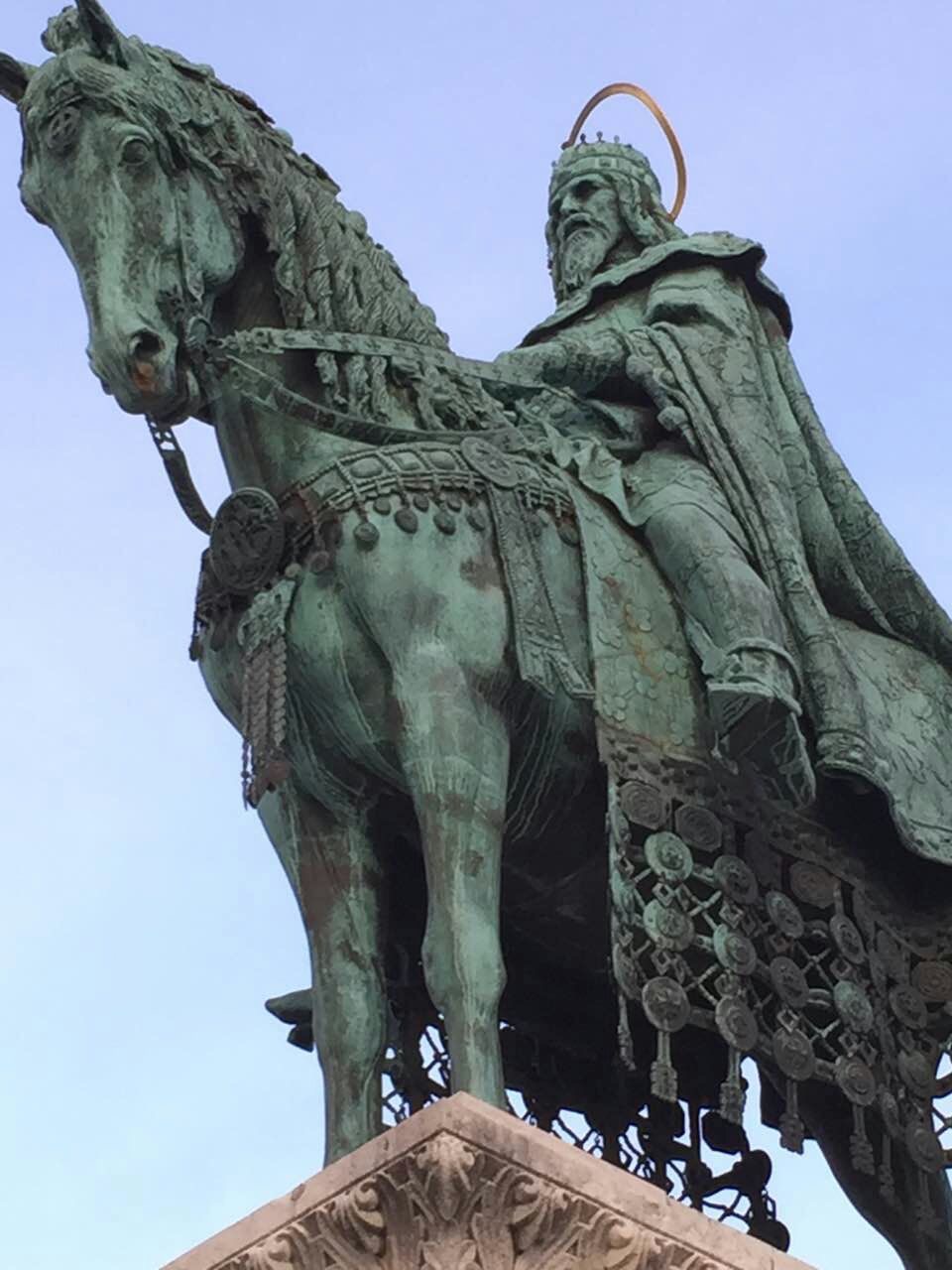 King Saint Stephen: uniter of the Magyars, bringer of Christianity, and the First King of Hungary 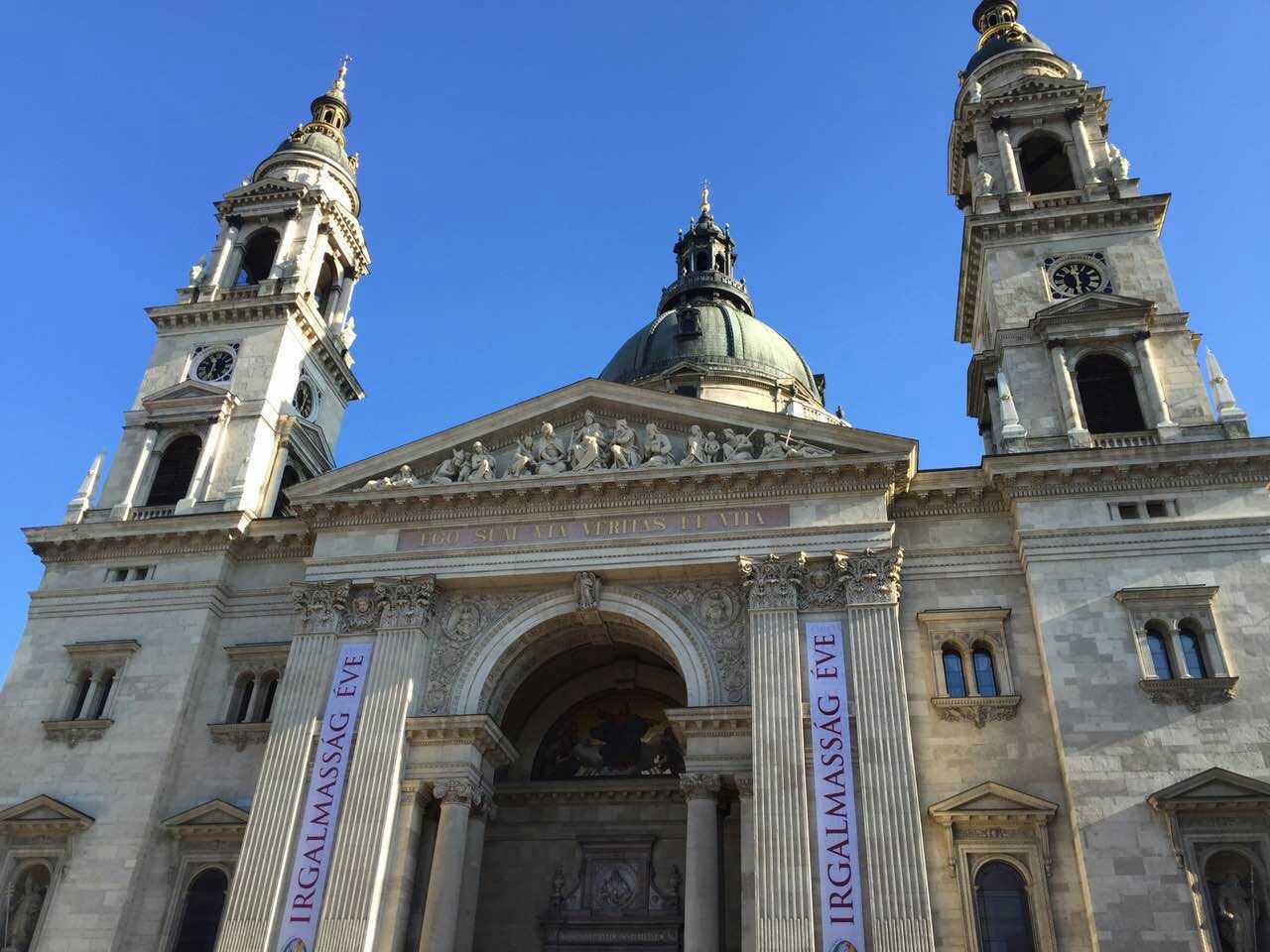 St. Stephen's Basilica, ties with the Parliament Building as the tallest building in Budapest since the makers wanted to signify that the Church and the State are equally important. 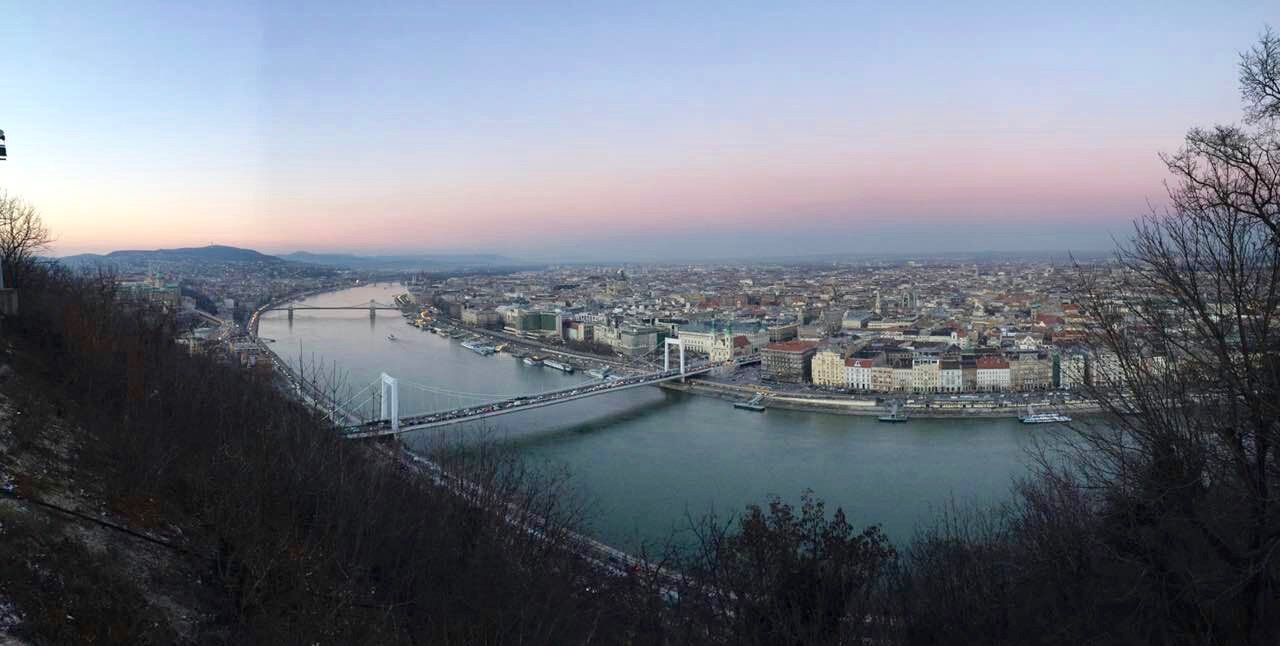 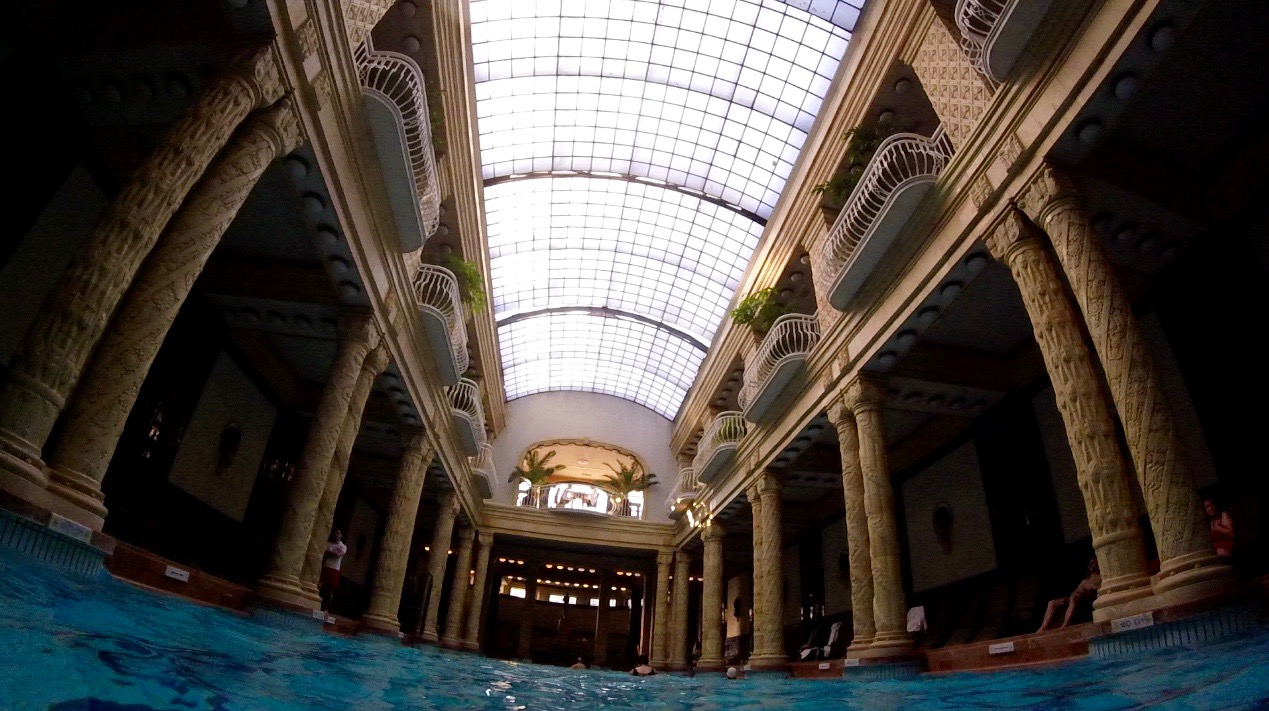 Gellért Bath (a thermal bath) swimming pool. Bathing here was like swimming in a museum. 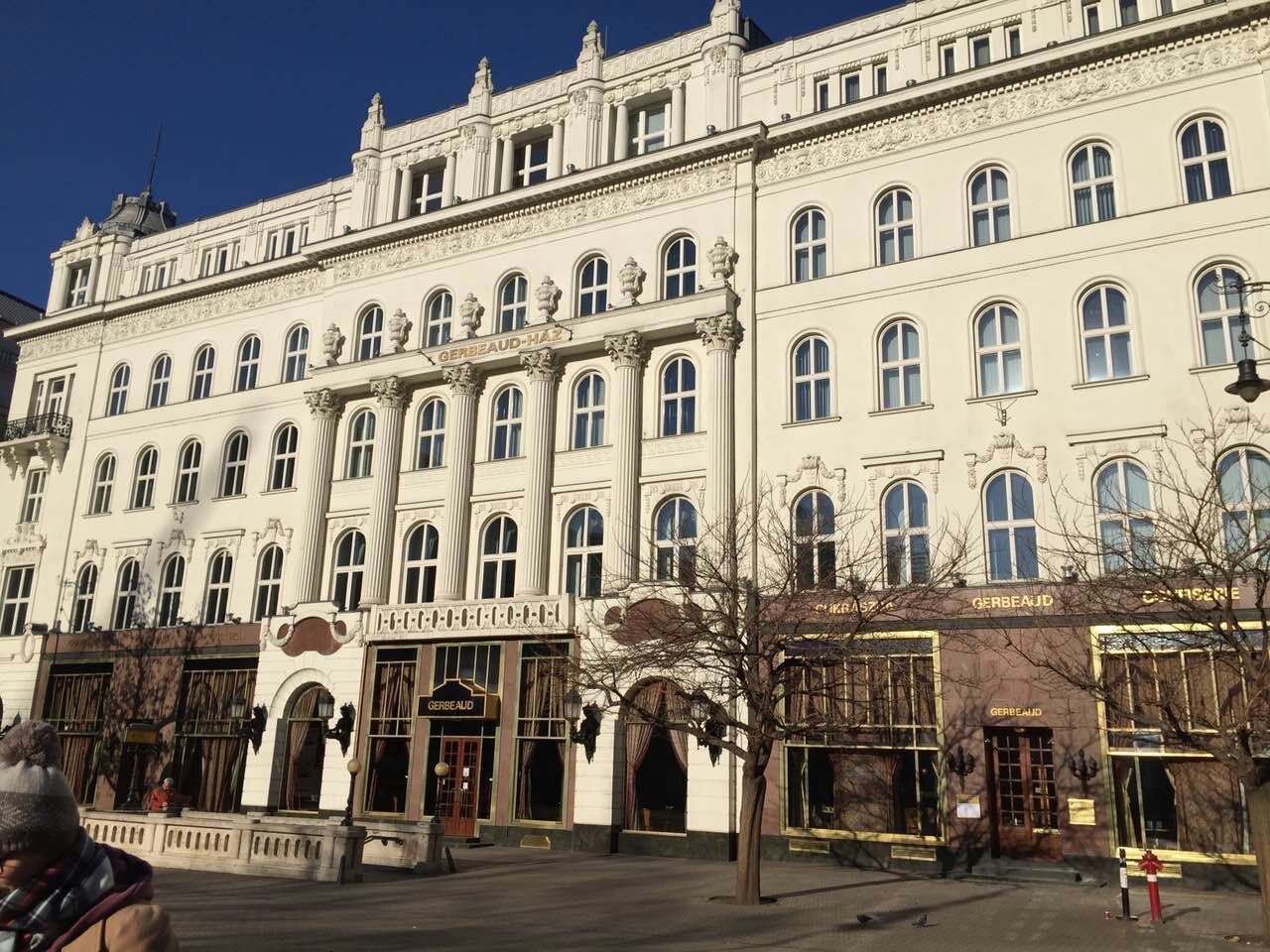 Gerbeaud Café: one of the most famous coffeehouses in Europe. 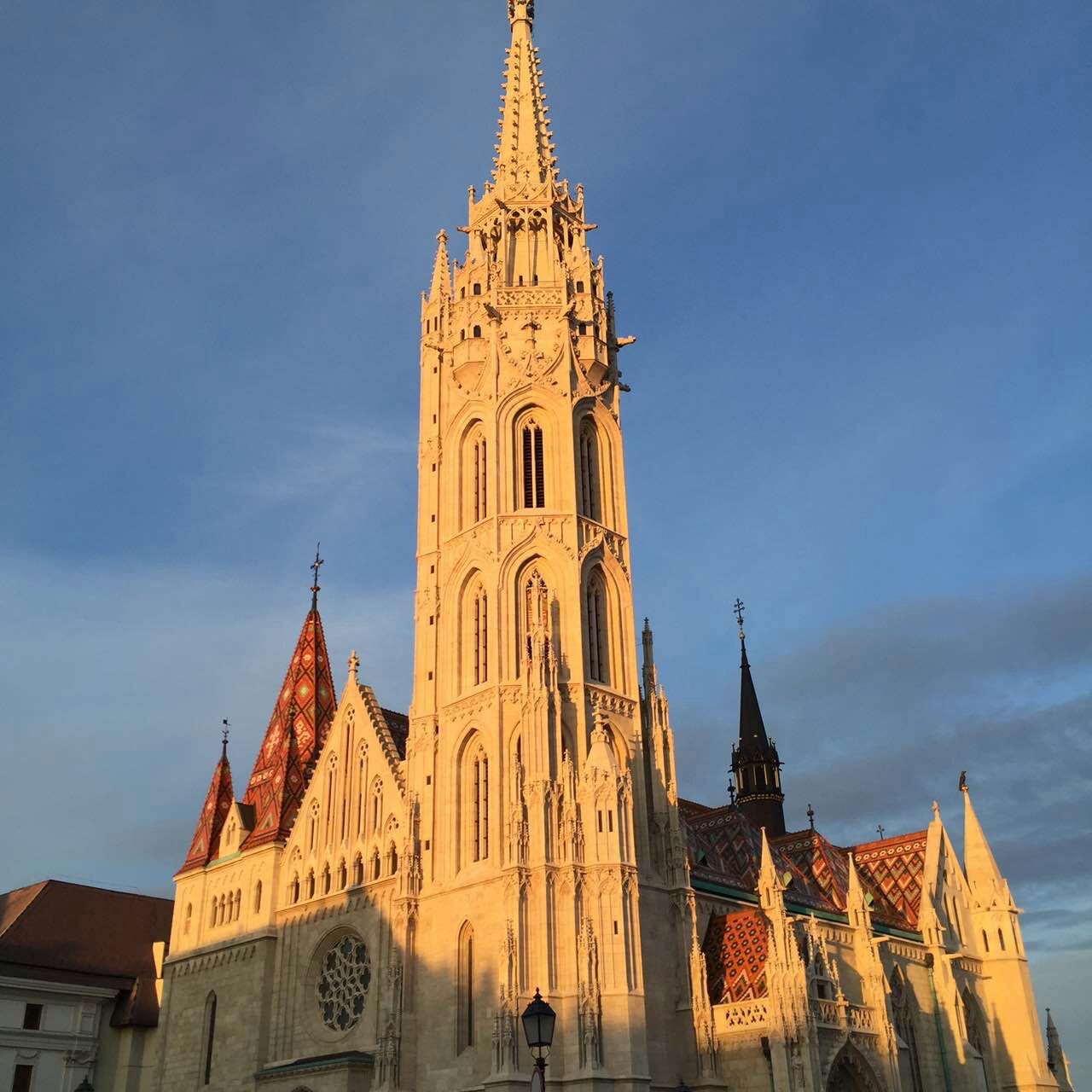 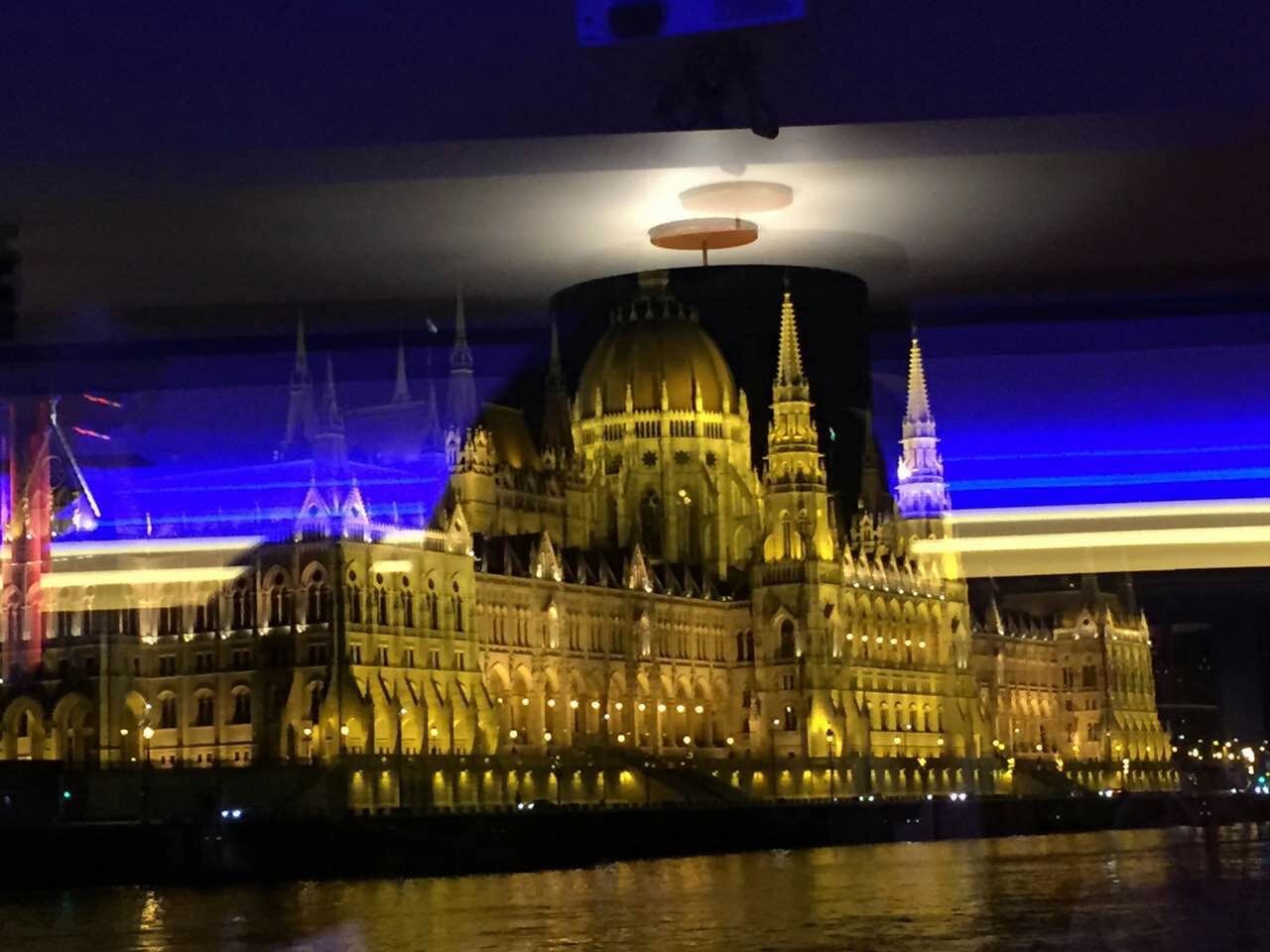 Parliament again, but in artsy form (taken from behind the window of an evening cruise along the Danube)